Quadris is a registered supplier on select UK public sector frameworks. Read more about how you can engage and purchase our solutions.

COME AND WORK FOR QUADRIS

We are building a team of like-minds who are not afraid to push the boundaries of whats possible. Find out more and see our open positions.

Our support team may need to gain access to your machine when diagnosing and solving problems. Start a secure remote session using this link.

frameworks
work for us
connect
connect

Our Managed Digital Workspace service gives the people in your organisation everything they need to work securely from any location.

24/7/365 monitoring, alerting, incident remediation, and maintenance for all your network, storage, and compute infrastructure.

Total threat detection, prevention, and response designed to protect you, your people, and your organisation.

Since the lockdown was ordered, the task of empowering millions of people to work from home has been fraught with difficulties and littered with obstacles.

The rush to equip employees with portable devices caused massive shortages and huge hikes in prices. But even those organisations who were lucky enough to be able to get their hands on enough hardware to keep their business rolling have still faced a mountain of problems.

One of the most frequently encountered issues has been with regard to collaborating and communicating with colleagues who are often strewn across the country and beyond. The drive to implement VoIP and videoconferencing has resulted in countless stories of choppy video or audio, missed words, blurred video, pixelated images, jumbled audio, calls being dropped in the middle of a conversation and more.

The cause of all the above can often be attributed directly to poor internet access and the resultant network latency/delay, packet loss and inconsistency, and network congestion due to bandwidth overuse. And unfortunately, the speed and reliability of your internet connection is often dependent on where you live – making your ability to communicate and collaborate with colleagues subject to a postcode lottery.

But now thanks to VMware SASE™ (formerly known as VeloCloud) there is now a solution that puts an end to the frustration, quickly and effectively. 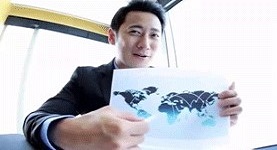 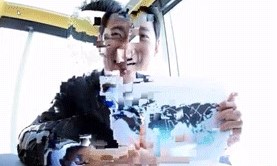 The difference that VMware SASE makes with just 2% packet loss is clear to see.

How VMware SASE smooths the path to clear communications.

Unlike a traditional WAN, VMware SASE has its roots in Software Defined Networking (SDN), with the underlying principle of abstracting the network hardware and transport characteristics across all applications that use the network.

It has been designed to be a ‘transport-independent’ product that is easy to implement and that permits the use of any type of physical connection, from multi-protocol label switching (MPLS), to cable, to broadband cellular network technology such as 4G.

As a result, no matter whether users are located at head office, a branch outlet, or working from home they can all experience seamless communications and connectivity simply by adding a VMware SASE Edge appliance.

What’s more, this ingenious device can be deployed in just a matter of minutes. You simply plug it in, authenticate and users are up and running without the need for any IT involvement whatsoever.

Once installed it will immediately optimise network traffic and iron out any jitters, even under situations where packet loss would normally make communicating impossible.

See how easy it is to deploy a VMware SASE Edge appliance in the short video above.

Because VMware SASE allows the use of any type of connection, you can add as a many connections for resiliency and load balancing as you like.

For example, if a user is located in an area where the internet connection is notoriously unreliable, you can simply add a 4G dongle into the VMware SASE Edge appliance alongside the standard internet connection and it will automatically deliver optimum load balancing.

During general use it will use both connections sending a portion of the data down one route and a portion down the other. And should one connection fail, it will simply automatically failover onto the other.

And the beauty of it is no matter whether you put a 4G dongle in the back or any other connectivity, it will still retain that VPN between the user and the data centre or office.

Of course, there’s more toVMware SASE than just improving the quality of audio or video calls, it actually simplifies the implementation of complex remote networks and delivers significant savings to operational costs.

For example, where organisations are provisioning connectivity, with a traditional WAN the lead time for the connectivity can be several months or even up to a year. But with VMware SASE instead of waiting for MPLS connectivity, you can employ standard circuits which have a significantly reduced lead time.

Once these are in place, you simply introduce VMware SASE Edge appliances at your head office, branch offices, data centres and home users. From here, this smart solution automatically establishes a Virtual Private Network (VPN) between all the different sites and users; in other words, it creates a mesh that delivers fully optimised connectivity across your organisation.

Another benefit is where you have already invested in MPLS connectivity but want to add some resiliency. Just take your existing traditional connectivity, plug it into the back of a VMware SASE Edge and then add and connect a cheaper secondary option. With both connections in place you automatically have load balancing between the two, and should the main connection go down, it automatically failsover to the other.

Another great feature for the enterprise is down to the fact that VMware SASE has provisioned gateways into all the major datacentres across the world, that operate like VMware SASE Edge appliances at that end.

By optimising traffic at both ends, applications such as SaaS run far better than with traditional connections. When you connect to SaaS applications the entire traffic is optimised, the packets are guaranteed and compressed so you get a lot more data out of the link.

Find out how VMware SASE can help keep your entire workforce connected.

VMware SASE is the industry-leading WAN edge services platform for both branch and at home users, delivering simple, reliable, secure, and optimized access to traditional and cloud applications.

Which is why at Quadris we promote VMware SASE to our clients who rely on efficient, secure, and flexible connectivity for their mission-critical IT services and applications.

To find out more about the many benefits of VMware SASE, contact Peter Grayson on 0161 537 4980 or email peter.grayson@quadris.co.uk

7 steps that will ensure your new distributed workforce stays connected, productive, and secure

How to go about ensuring that your organisation is ready, willing, and able to operate a digital...

While most organisations have embraced remote working, the one area that is proving to be the...

How Managed Services can help your IT staff avoid burnout

The move to remote working caused by the pandemic caught virtually every organisation completely...